As probably everyone knows: it launched this week. It's scheduled to land... today [EDIT: New most likely landing date: November 29, 20:30 UTC] [EDIT#2: December 1, around 15:00 UTC] . This historic mission deserves it's own news update thread, doesn't it?!

As I was looking for news online I keep wondering why the major space news website don't cover this extensively. I know it's also caused by china's lack of public real-time information.

Anyway, what amazed me as well about this lunar lander sample return mission, is that after lunar ascent it will actually rendezvous with the lunar orbiter, transfer the samples, before returning to Earth, just like Apollo missions! That's unlike the direct return from the Soviet lunar sample return missions, as far as I know? 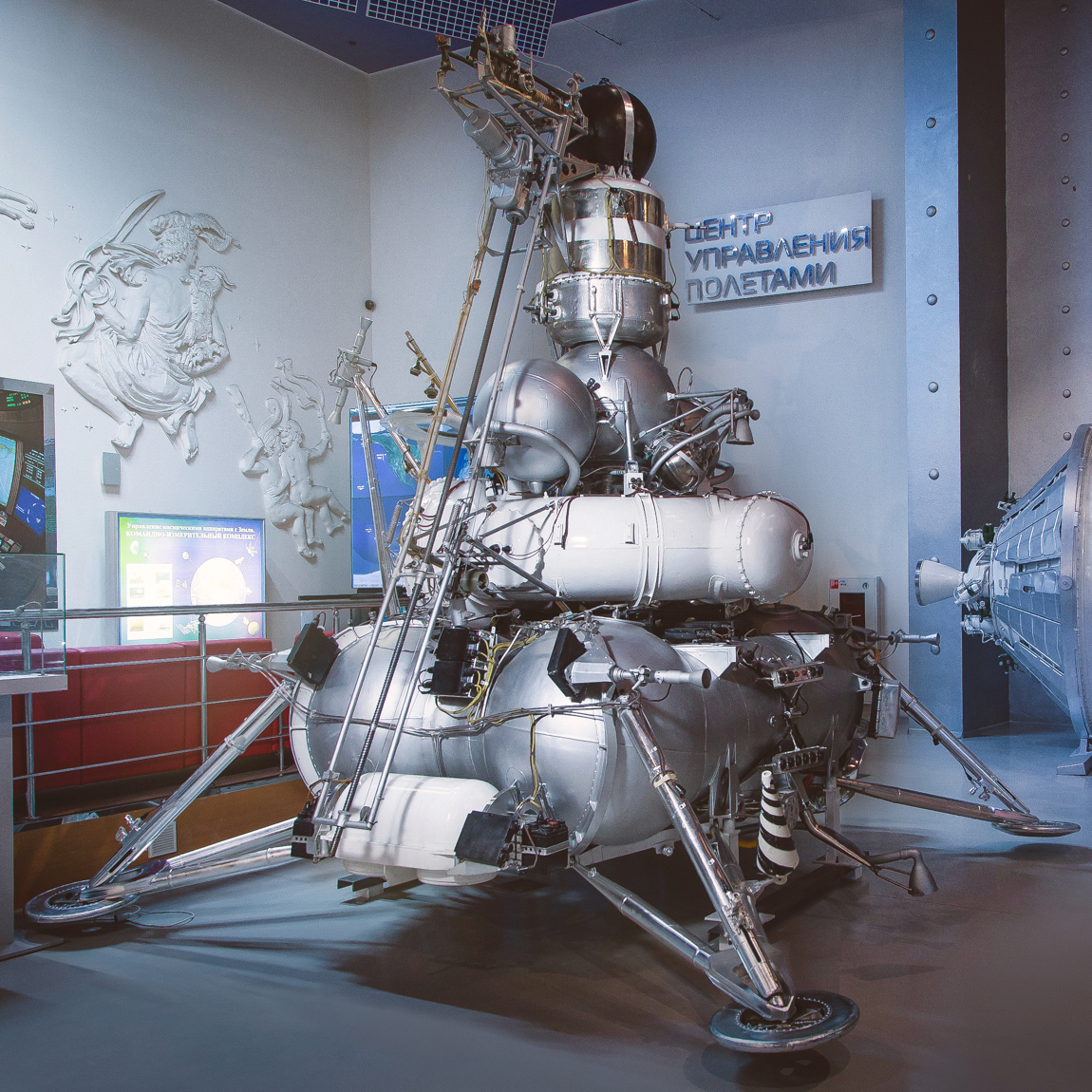 Latest news update I could find:

Chang'e-5, China's lunar probe, has successfully carried out its second orbital correction at 10:06 p.m. on Wednesday night, and continued its trip to the moon, according to the China National Space Administration (CNSA).

Hmm the actual landing date might be subject to change, as they first enter a (circular?) orbit around the moon, on which they can decide to stay or not depending on circumstances.
But the date / time of the first lunar orbit insertion should be known pretty accurate by now
Isn't there an "official" source for those dates / times?

Thanks for the update. It appears correct. Sorry for the confusion about the landing date; strange that some creditable news sites claimed a 27 nov as the landing date...

Anyway, also, according to this site, https://nssdc.gsfc.nasa.gov/nmc/spacecraft/display.action?id=CHANG-E-5
Lunar orbit will be achieved on November 28, with a landing following "shortly afterwards". Those rehearsal video shots from your link show November 29 landing at 20:30 UTC, which sounds plausible indeed. I'll mark that date then ??

It has now successfully entered circular orbit. Separation/Landing will probably not take place today at 20:30 UTC though...

Confirmed Lander separation from Orbiter. Later today, the lander will perform two burns to lower the orbit, first to 100x200km, then 15x100 km. Final landing descent will probably occur on December 1, around 15:00 UTC.

De-orbit should have occured now. CGTN suspend their coverage, at that moment... No further information.


EDIT: landing appears to have been postponed to Dec 2, 03:00 BJT
EDIT: After editing the above postponed landing time multiple times, I'm now simply going to wait and don't update this anymore until some official information is provided. With the complete lack of good live information from official sources, there are way too many rumors about various causes for the problem and claiming different new landing times.
Last edited: Dec 1, 2020

It's official: Chang'e-5 successfully landed on the near side of moon, China's National Space Administration (CNSA) announced.


https://twitter.com/i/web/status/1333795632897683461
Congrats! Now, let's hope for successful soil/rock collection! I do hope China's space agency vastly improves on public media information, instead of us having to rely on radio amateurs and rumors. The news coverage this time, was a complete mess to be polite.

China's Chang'e-5 mission has sent back its first colour photos from the surface of the Moon.
Its lander captured a panoramic view that stretches from the lunar "soil" directly under its legs all the way out to the horizon.
Click to expand...

Man ... i wish the moon in orbiter would be colored ..

China has executed the next stage of its Chang'e-5 Moon mission, blasting into orbit samples gathered on the lunar surface.
Right on cue, at 15:10 GMT, an ascent vehicle lit its engine to head up to a service module that will shepherd home the rock and dust materials.
Click to expand...

Nicely framed, I wonder if it was planned?

Notebook said:
I wonder if it was planned?
Click to expand...

So, looking very good so far ! Crossing fingers for the final mission steps ! Will spaceflight save 2020 a little bit ?

A Chinese spacecraft ferrying rocks drilled from the moon’s surface is on course to land back on Earth Wednesday and deliver the first fresh lunar samples to scientists since the 1970s.

The Chang’e 5 mission’s return spacecraft is in the home stretch of a 23-day mission that successfully launched on China’s most powerful rocket Nov. 23, landed on the moon Dec. 1, collected samples, then took off again Dec. 3 to accomplish the first automated docking between two robotic spacecraft around another planetary body.

Chang’e 5’s ascender vehicle linked up with the mission’s return spacecraft Dec. 5, then transferred the capsule containing the moon rocks to the return craft before jettisoning and intentionally crashing into the moon Dec. 7.

With those steps completed, all that’s left is to bring the lunar samples back to Earth.

Chang’e 5’s return spacecraft fired thrusters to raise its orbit around the moon on Friday, then performed a final departure maneuver at 8:51 p.m. EST Saturday (0151 GMT Sunday) to head for Earth, according to the China National Space Administration. The 22-minute maneuver with four small thrusters provided the impulse necessary for the Chang’e 5 return craft to break free of the moon’s gravity.

Chinese officials have not disclosed the exact landing time, but public notices directing pilots to steer clear of the mission’s recovery zone are active from 12:32 p.m. until 1:07 p.m. EST (1732-1807 GMT) — in the middle of the night in the remote landing area.

Chang’e 5’s return spacecraft will release the capsule carrying the moon rocks before entering the atmosphere.

The re-entry capsule will bounce off the atmosphere in a “skip re-entry” to slow the craft down before landing, diminishing its initial entry velocity from 25,000 mph, or 40,000 kilometers per hour, significantly faster than a re-entry from low Earth orbit. The skip re-entry will help reduce heat the landing capsule will encounter during descent, Chinese officials said, before the craft deploys a parachute for landing.

Chinese recovery crews in Inner Mongolia are preparing for the arrival of the lunar samples, Chinese state media reported Tuesday.

The Chang’e 5 sample return mission, if successful, will mark the first round-trip flight to the moon in 44 years. It is the first tmie lunar material has been returned to Earth since 1976, when the Soviet Union’s robotic Luna 24 mission brought back around 170 grams, or 6 ounces, of specimens from the lunar surface.

Chinese scientists will take the lunar material to a climate-controlled facility to begin analyses on the rocks. Researchers hope to learn about the moon’s history and evolution.

The Chang’e 5 mission’s goal was to collect more than 4 pounds, or 2 kilograms, of rocks for return to Earth. Chinese officials have not released an estimate of how much material the spacecraft gathered on the moon.

The Chang’e lunar program is named for a moon goddess in Chinese folklore.

The sample return mission follows earlier feats in China’s lunar exploration program. Most recently, the Chang’e 4 mission performed the first successful soft landing on the far side of the moon in January 2019. Chang’e 4 uses a dedicated data relay satellite flying in deep space to bounce commands and scientific data between ground teams and the spacecraft on the lunar surface.

China’s next lunar mission, Chang’e 6, is similar to Chang’e 5. It might attempt a sample return mission to retrieve lunar rocks from a location near the moon’s south pole around 2023.

Nice one, really, they did real serious job with that probe.
You must log in or register to reply here.