I'm trying to model some missions in NASA's GMAT and I'm having a problem with the Orbiter 2016 Keplerian elements. I load up the Delta Glider/Docked at ISS scenario, bring up the Scenario Editor, and open GL-02 (the one docked with the ISS). I'm grabbing the Keplerian elements from the Orbital Elements dialog in req. equator as follows:
In GMAT I'm editing the DefaultSC and setting epock UTCModJulian to MJD. I'm using the EarthMJ2000Eq coordinate system and entering the corresponding elements. GMAT uses NASA naming conventions so LAN->RAAN, LpE->AOP, and Tr anomaly->TA.
Looking at the Orbiter map MFD the spacecraft is over northeaster China. If I advanced to periapsis, it's over the Pacific southeast of Japan.

Back to GMAT I'm using the default propagator. RungeKutta89 with JGM-2 degree 4/4 gravity model. No solar radiation pressure or atmospheric drag. No tides. Includes the moon and sun as extra point masses. I forgot to mention, I have non-spherical gravity sources enabled in orbiter but no other perturbations. I setup a very simple mission sequence to propagate to periapsis. I look at the ground track in GMAT and I start south of Australia and end after a short time over the south pacific.

Extending both orbiter and GMAT to apoapsis it appears that orbiter ends near western Africa on a northward track and GMAT ends in the middle of the sahara on a southern track.

My guess is one or more of the conversions has the wrong sign or is using a different 0 point. Anyone have any thoughts?
B 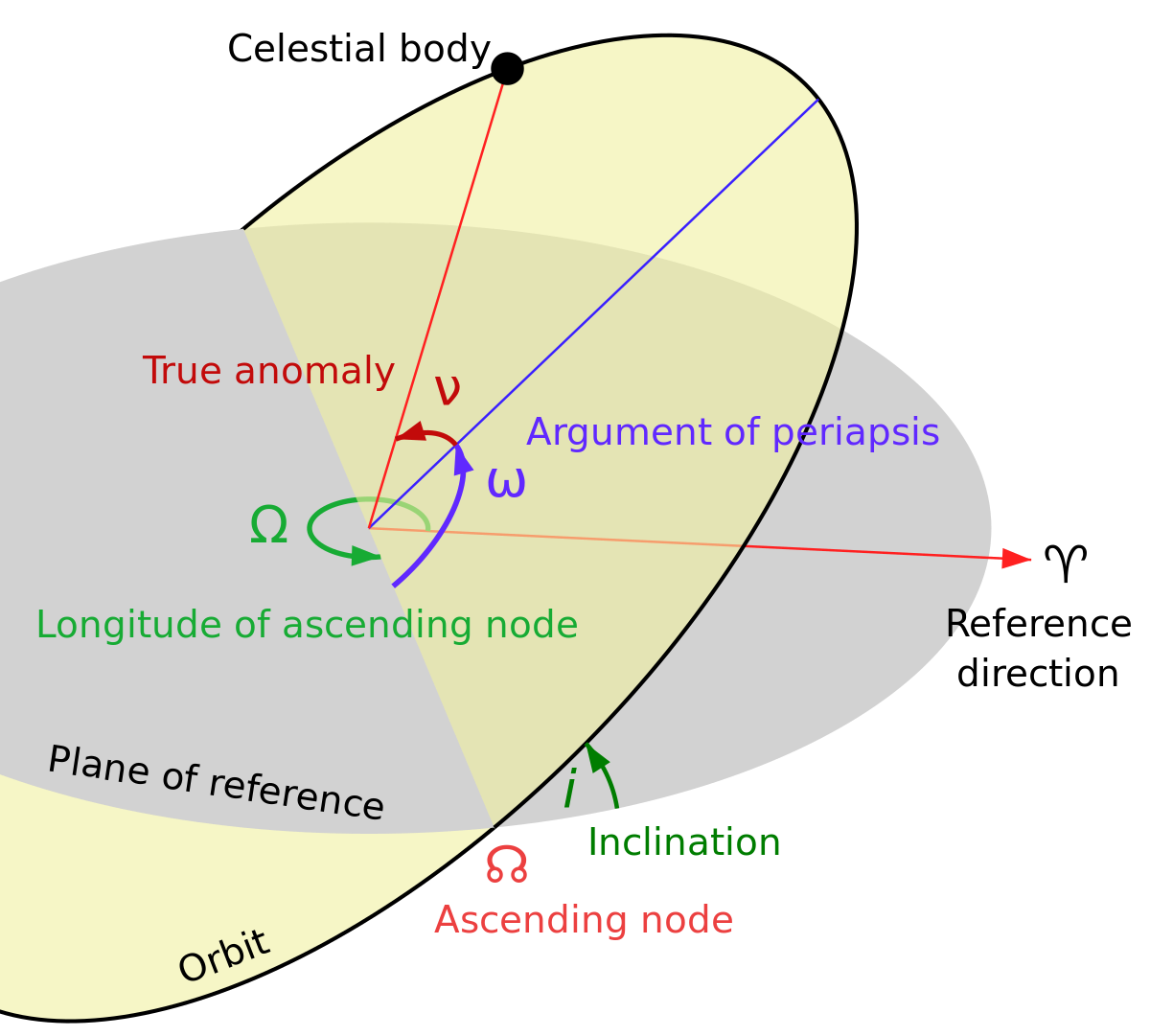 Longitude of the periapsis - Wikipedia

You need to substract the LAN from the LPe to get the AoP.

Its a bit weird for spacecraft orbits, it comes from the definition of planetary orbits.

I'm still having some issues. Here are screenshots of Orbiter and GMAT. I'm using an XR1 this time just (In Orbit scenario) to test with a different setup. For reference, the GMAT coordinate system used:
EarthMJ2000Ec -- An Earth ecliptic inertial system based on IAU-1976/FK5 theory with 1980 update to nutation.

I hadn't noticed that! It's working as expected now, thanks loads!
You must log in or register to reply here.

May 31, 2022
Linguofreak
L
I
8Ball - Dead Reckoning blind and nailing it. (or how to fly with misaligned gimbal that can't be fixed)