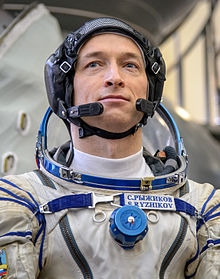 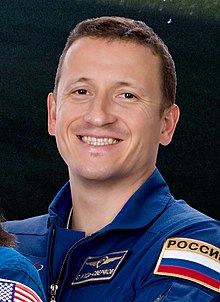 Two cosmonauts and a NASA astronaut undocked from the International Space Station and plunged back to Earth early Saturday, landing on the steppe of Kazakhstan amid preparations in Florida for launch of another station-bound crew Thursday aboard a SpaceX Crew Dragon spacecraft.

With Russian recovery forces and NASA support personnel standing by, the Soyuz spacecraft’s central crew module, descending under a single orange-and-white parachute, settled to an on target rocket-assisted touchdown at 12:55 a.m. EDT (10:55 a.m. local time) to close out a 185-day mission.

“It was awesome!” Rubins, a space veteran, exclaimed after her second Soyuz re-entry.

At the Kennedy Space Center in Florida, meanwhile, SpaceX engineers readied a Falcon 9 rocket for a first stage engine test firing early Saturday to set the stage for launch Thursday on a flight to ferry two NASA astronauts, a Frenchman and a Japanese astronaut to the space station for their own six-month stay.

The four “Crew-2” astronauts flew to the Florida spaceport Friday afternoon to prepare for flight.

“It is awesome being at Kennedy Space Center, especially on launch week,” commander Shane Kimbrough told reporters at the runway. “It’s definitely getting real. Our crew is extremely well trained (and) we are really excited and ready to go.” The Soyuz landing and Crew Dragon launch are the second and third flights in a record four-mission sequence over just three weeks to replace the station’s entire seven-member crew after long-duration stays in orbit.

It began on April 9 when Soyuz MS-18/64S commander Oleg Novitskiy, Pyotr Dubrov and NASA’s Mark Vande Hei blasted off from the Baikonur Cosmodrome in Kazakhstan, docking at the station after a two-orbit rendezvous.

They have now replaced Ryzhikov, Kud-Sverchkov and Rubins, who were launched to the orbital outpost last October. After a six-day handover, the outgoing trio bid their station crewmates farewell and undocked from the lab complex at 9:34 p.m. Friday

A four-minute 39-second rocket firing slowed the ship enough to drop out of orbit and 50 minutes later, the descent module landed as planned near the town of Dzhezkazgan.

Russian helicopters were standing by to ferry the crew to Karaganda. From there, Ryzhikov and Kud-Sverchkov planned to board a Russian jet for a flight back to Star City near Moscow while Rubins headed home to Houston aboard a NASA aircraft.

Cool footage of the recovery and landing operation, from an helicopter crew point of view, they even intercept the capsule on parachute, awesome :