What Earth would look like if land and seas were reversed.

I saw this online today and thought it would also be pretty cool as an "alternate" Earth-like planet.

I wonder why they didn't just take the real elevation map and flip it (centered around sealevel of course). Would have made it far more interesting IMHO.
Still, nice picture.

I don't know man, the roaring 40's wouldn't hardly be any fun at all.
[ame="http://en.wikipedia.org/wiki/Roaring_Forties"]Roaring Forties - Wikipedia, the free encyclopedia[/ame]

Not sure if I'm doing this right. It's a pretty wierd concept to be sure.
M

100 Bucks on the Mediterranean/Black Sea as the new economical powerhouse, good position for shipping to any part of the Eurasian Ocean.

Funny how control over Panama and Gibraltar bridges would be important even in the inverted world :lol:
K

I wonder how transportation would have evolved? And what sort of vehicles we would have today. Better? Worse? Or just different?

Which (on a totally unrelated note) pops a question into my head: What is that novel where a planet is rotating at just the right speed, is all land, and has a habitable band in the terminator zone?

A civilization somehow develops there and the cities are on giant crawler vehicles that move at a constant speed to maintain position. If they go too fast or slow, they might get whipped out of the "zone" and have to go through a 500C roast on sunward side, or a -200C darkside cold soak.

It might take a lot longer to discover the world was round, since there could be no circumnavigation. 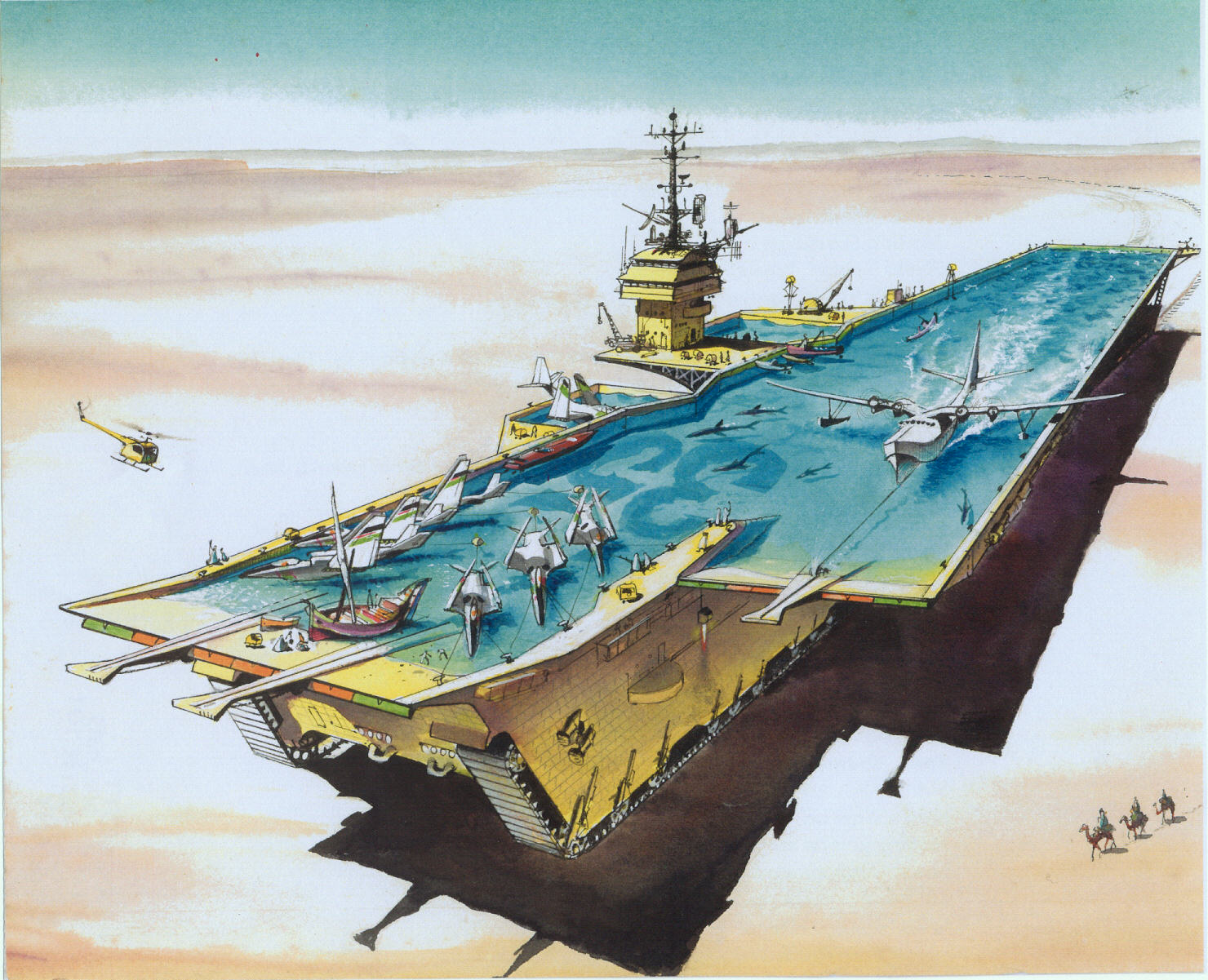 Well; the idea is interesting, but hardly scientific. 40,000 years ago; the method of transpotation was walking; so if the water/land ratio was reversed early Humans would have spread more widely across the arable land. But is there even any value to the question? We know Earth DID NOT evolve in that fashion. We can seculate but is that speculation anything more than idle dreaming? I suspect not.

Nothing wrong with idle dreaming
S

RisingFury said:
Nothing wrong with idle dreaming
Click to expand...

True. But after a certain point; idle dreaming must be replaced by scientific thought. I am MUCH more interested is the geological changes required to turn every bit of land into a water domain. The Humans - assuming any would survive which is unlikely - would come later.

I too think humans would have spread more rapidly across the continent(s). And there would still be "ocean" trade routes, or more like really, really big lake trade routes.

I assume the lakes in the north polar region would freeze over annually? But anyone who lived/developed up there gets what they get I suppose.
T

This is a poor map of what Earth would look like if the topography were inverted. For starters, the 'mountains' and soforth on the 'former' seafloors do not correlate to actual bathymetry whatsoever. The maps made by the author of Planetocopia are far better in this regard. Here's Earth with inverted topography and enough water added to roughly maintain the old coastlines;

The first thing one notices is that water has also collected in the depressions that 'used to be' mid-ocean ridges, seamounts, other examples of submarine topography, etc. There's nothing special about the 'continental' depressions- disregarding rates of evaporation/precipitation, water will collect at any low point.

The amount of water needed to 'fill up' the inverted continents is arbitrary and much less than Earth's total water. If one inverts Earth's topography but maintains the same amount of water, one gets something more like this;

Which demonstrates just how platform-like the continental plateaus are.

Quite a bit of the artwork on the site of which Planetocopia is a part is quite odd and not work-safe, but the planetocopia maps and globes themselves are quite impressive and I can't think of anything of their sort elsewhere on the internet. They've also created renditions of Earth with poles in different locations, as well as fictional planets, a deglaciated Earth, and a terraformed Mars and Venus.
C

That map would make for some great pirate setting...
You must log in or register to reply here.

Question What would industrialised cis-lunar space actually look like?
2 3

Question How did you get into Orbiter Sim?

P
General Question Optimizing trajectories with NASA's General Mission Analysis Tool: how to understand the Vary parameters, and how to know what values to use for them?