Question What games are you playing?

Finished a play through of Doom 2016. Such a great game. Now looking for my next game to focus on. I gave 30 min to hour into Evil within 2, octopath, bug fable, shadow warrior 2, middle earth SOW, and children of morta. I had done 3 levels of Doom Eternal before but the platforming, puzzles, and extra mechanics were a turn off. I need something mostly linear without too many systems, and not too difficult, and skippable or limited cutscenes. Might go back to replay gears 5 or an uncharted campaign.

Getting into Cold Waters, that 1968 campaign is driving me nuts... the MK-37 torpedoes are quite a joke, and you simply have to deal with that, the only other ordinance available are the unguided MK-16 which are WW2 relics... The only good thing is that most of Soviet subs are naval drumkits. Great game and I haven't even tried the mods.

Get Epic Mod 2.34, it's incredible what the modding community did with the game. It really is 200% better than the original game.

N_Molson said:
Getting into Cold Waters, that 1968 campaign is driving me nuts... the MK-37 torpedoes are quite a joke, and you simply have to deal with that, the only other ordinance available are the unguided MK-16 which are WW2 relics... The only good thing is that most of Soviet subs are naval drumkits. Great game and I haven't even tried the mods.
Click to expand...

And S6 turned out to be a distant trawler. We're good.

Actually the only good thing with the MK-37 is that it is so slow it is rather quiet. I still have to try this game with epic mod. So far, its a great successor to Dangerous Waters or 688i.

I currently observe this one, the video trailer looks very interesting, but as I can read from comments, many features in the video are still missing in-game: 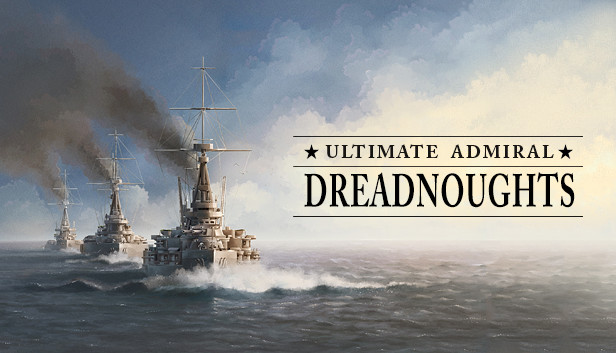 Design warships the way you want them, command fleets, win the naval arms race for your nation!

Does anybody here already have it and can tell some more about it?

Been busy Gold Hunter. As it's still in the pre-release phase, it's a bit rough around the edges but it's getting there.

So after action report from action above :

1 November took a MK-37 and had to retreat surfacing.
1 Novermber took 2x MK-37 and was sunk.
The "trawler" turned out to be a Soviet supply ship under a Vietnamese flag. A MK-16 found some use there.

So, not a bad day, mission accomplished, as that very suspicious supply ship was the mission objective (it was supplying the Novembers).

Borderlands 2 (again), and World of Warships

Ready to laugh ? Farming Simulator 2022 !
Some explanations : in 2010, i was looking for simulators, funny ones or ridiculous ones. That's when i've discovered Orbiter 2006, just before Orbiter 2010's release. Not realy funny, and obviously not ridiculous. Then, i've found Farming Simulator 2009. It was weird, klinky, badly opimised, terrible. But fun ! Playing this one, i realised something : playing Orbiter, i learned many things about spaceflight, EVAs, rockets, etc. But playing FS2009, i saw i was not able to make the difference between a cultivator and a disk arrow, a combine harvester and a silage shredder. So, i thought : hey, i know how a rocket is made, how it works, and all that stuff. But i'm not able to explain how the potatoes i've eaten were grown ! I'll never go to Space, but i eat bread, meat, etc... That's how it began. And then came the mods. And i've learned how farming is in Germany, Russia, Poland, USSR, USA, GB, Brasil, Canada, Sweden, and more. Farming technology is a big chunk of knowledge. The invention of the three points attacher, the PTO was so important in history... And today, machinery like the JD X9 combine harvester, GPS guidance, precision farming are other revolutions.

Now, you know where my avatar comes from : it's the Kirovets's logo, a big bad yellow tractor from the soviet era, my favorite one in Farming Simulator.

I play wargames too, and economical simulations, but it's another story.

Have a good game !

farming simulator is actually pretty popular nowadays; in fact it overtook battlefield 2042 (one of the most anticipated games last year) on steam in terms of active players shortly after its launch, though admittedly battlefield being a massive disappointment played a big part in that no doubt

Agree ! The fact that FS22 works as expected could make the difference...

WolfAngriff said:
Agree ! The fact that FS22 works as expected could make the difference...
Click to expand...

A young friend of mine also plays the FS series - while working on a real farm after school. So, the game must be good.

It is. It was realy underrated, at the beginning : no huge explosions, no special effect, and the gameplay... What do you do ingame ? I spend hours ploughing a field in a tractor, and thereafter, i'll throw tons of sh*t in the fields as to grow crops... Amazing, insn't it ? First, it was seen as "another boring german simulation game". But the idea was so good that it worked. Now they have licences from the biggest trademarks (JD, MF, AGCO, ZETOR,...), and there are real farmers who gave authorization to replicate their farms (millenial farmer Zack Johnson, Welker farm in the US...) and other copies of real places. It gave interrest to many YT channels as BigTractorPower (USA), Millenial Farmer (USA), AgrarBlick (Germany), Stervio (France), etc... which show real farming and get tons of views. And professional farmers play this game and give advices to gamers. Nice ! I've even spoken with an old man who lived in eastern Germany and played FS, and who took hours to explain me how farming was in DDR (and made me realize how my german speaking was rusted !). I've been able to replicate real farming like a modern american farm with full hitech JD equipment, or a LPG with Fortschritt and IFA machinery, an oldtimer farm in France or a complete soviet kolkhoz. I stop here, i could write for hours about this game !

I was visiting the Russian carrier group ... let's just say that they were not very happy. A friend tells me he plays FS, and a large farm near me is in it. Small world.

I was visiting the Russian carrier group ... let's just say that they were not very happy.
Click to expand...

predattak said:
I was visiting the Russian carrier group ... let's just say that they were not very happy.
Click to expand...

Luckily, they also had no clue where you are.

I like "Dangerous Waters + Reinforce Alert" better Epic Mod developer loves to stream Dangerous Waters he had a plan to make a VA-111 Shkval torpedo Nuclear in Cold Waters
Kilo/Lada - class submarine recognized as the best submarine at the championships
Last edited: Jan 12, 2022

Urwumpe said:
Luckily, they also had no clue where you are.
Click to expand...

Indeed.
However they were quite close in the screenshot the grid is 0.25 km.
The fact that the air dropped torpedoes that they launched start their search pattern in a spiral from shallow to deep water also helped me plus i knew this is coming so i prepared for it but if you find yourself in a slightly slower and not so deep diving sub let's say a Kilo and this happens to you .. it's not gomna be a good day.
In a louder sub they literally drop them on top of your head lol you quite wasted them, I feel sorry for that civilian ship, but obviously it wasn't right the place to be at this moment