General Dynamics is teasing a new M1 Abrams variant and it seems like they're getting edgy headlights too: Looks like they're slapping an 30mm autocannon on top - M230 variant most likely (the same kind used on the AH-64 Apache), and the emphasis on 'silence' might suggest a hybrid propulsion system.

Quite an experience, crop dusting ahead of a supercell. Nice machine too. Supposedly reliable, but I've seen precisely two in my life, both badly broken down and unflyable. Could be that they're just damage-tolerant, seeing how those lights went on and off on the dashboard

For those who don't know, the A310 is/was the successor of the A300-600 and one of the most modern airliners in the 1980's. With only roughly 250 built, it paved the way for any modern Airbus model in the air today around the globe. It didn't feature fly-by-wire and therefore flight augmentation and envelope protection though, but it introduced electronic centralized aircraft monitoring, systems display and the classic sounds and "all lights-off" concept on pushbutton lights (if everything is working properly) that still is part of the Airbus flight deck philosophy these days. One thing that was really cool in the cockpit was the classic yokes on the control columns.

With regards to the exterior, the nose and tail section can still be found on the A330. The cockpit window design is also kept on most modern Airbus models. I actually used to fly with the A310 to holiday destinations in the 1990's with my parents, operated by Hapag Lloyd back then. I vividly still remember a cockpit poster in a huge lighted display in a local tourist office around 1990 which was extremely inspiring as a kid. I even found it on the web again (obviously it was from Swiss Air)... There are only a very few Aircraft still in service today on the planet. The last one in Germany is operated by the German Air Force. It remains in service longer as planned as they use it to fly victims of the war in Ukraine to Germany.


The guys from airclips.com managed to create a great cockpit video of the A310 operated by the German Air Force. Enjoy: 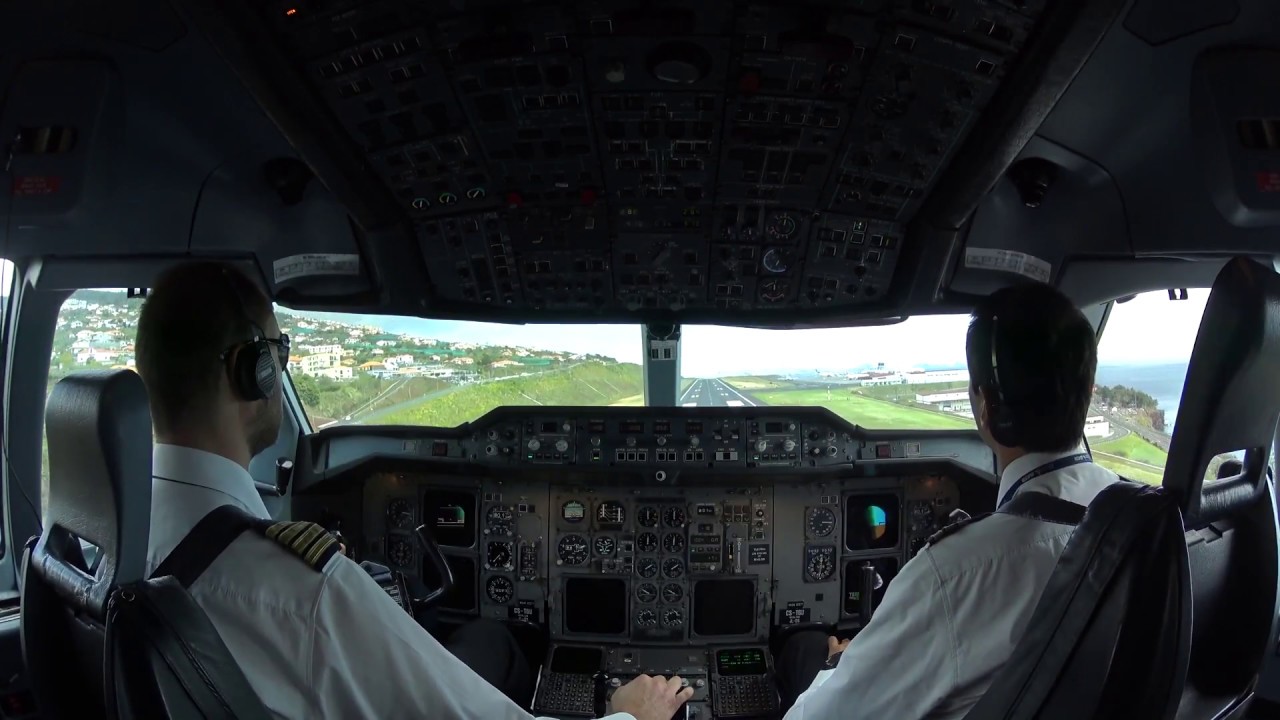 Azores Airlines A310 landing on runway 05 at Madeira with a unique cockpit view.

In the late 1990's I got an A310 cockpit video on VHS from Swiss Air. I never expected to see that again more than 20 years later on Youtube...


For those who are interested, that great classic Airbus will be available as a high fidelity simulation for MSFS for free late this year, as part of the free MSFS 40th anniversary update...

To be honest I didn't understand a single word but it made me laugh. Absurd humor is clearly universal.

I just realized that, with a telephoto lens, I can more or less spot it most days it flies. I know it's not technically a heavy lift, more like a high volume plane, but it still climbs very slow. Heard it last week, thought it was something flying out of Nantes that had a problem ( no way they'd go so low and revved up normally). But it does depend on what it's carrying. First time it passed at like 11.000 feet, more than 60 miles downrange. Second pass was more like 14.000 feet, but I still don't think this thing reaches cruise altitude too often.

A really interesting video. I'm going to recommend it to a friend of mine who has a museum of vintage radios mostly because the video mentions that thermionic valves are still being made and names those factories.

And this is my contribution to the video thread:

Well well, look who crawled out of the woodwork again. They were betting hard on crypto, so I guess the current situation might have sent them looking for new ideas. Some of their excuses are unbelievably retarded. I guess there's an international conspiracy to shipping giant boilers, so they can't launch from elsewhere. Understandable, since they may be barred from the US. I gotta admire their perseverence in 'selling' fake promises for almost two decades now and persisting, despite being caught red-handed repeatedly. Not posting this in space news, since I'm quite sure it's all a scam. And yes;, I think they literally copied his huge rocket design from KSP too

Today at 1:43 AM
Thunder Chicken