It is this time again. Despite the pandemy, songs were selected to be fairly judged by the incorruptible jury.
Yesterday I heard the German entry ... my guess: last or next-to-last!

Sunhillow said:
It is this time again. Despite the pandemy, songs were selected to be fairly judged by the incorruptible jury.
Yesterday I heard the German entry ... my guess: last or next-to-last!
Click to expand...

Well, I didn't hear it yet, but what I heard about this song suggests we will not talk about it next week. Maybe we shouldn't start doing so this week. ?

There are more interesting candidates around, like the Russian entry.

Let's see how my country does on semi-final 2. We are singing in English for the first time....

Maybe the ESC could get more interesting with a Fire Saga Cameo. ? 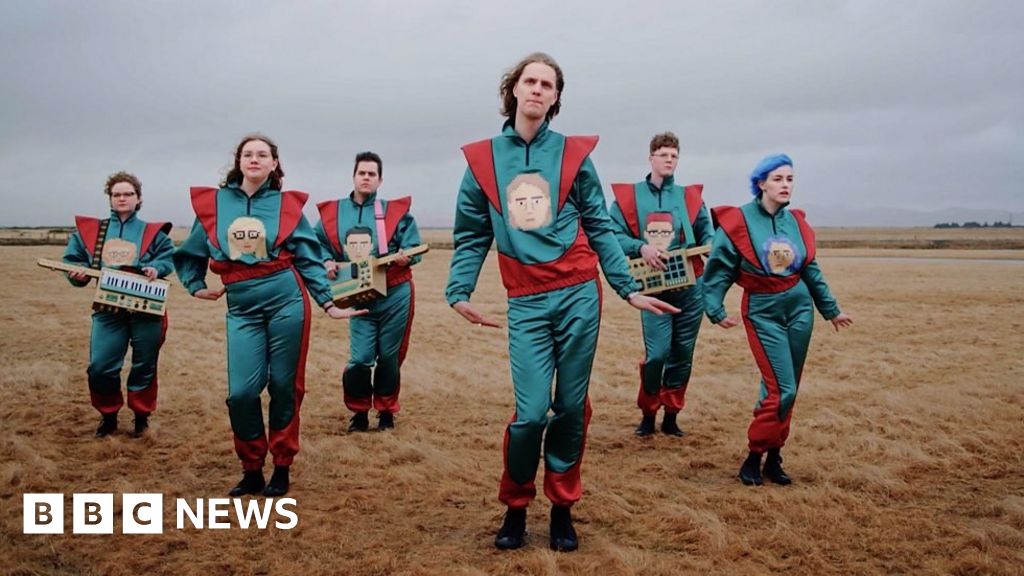 Shame they won't be live. Full marks for costume design and choreography...

Sad, I wanted to see their live performance....

I know it's just a German thing, but: Peter Urban is again -as usual- a great joy to listen to! ?

The Norwegian song has an interesting backstory.

The artist (Tix) started out as a composer of party songs for graduating high schoolers. The teens pay up to $10k for a song for their group of friends, often made to be as provoking as possible. Tix got his breakthrough into prominence with such a song with the translated lyrics "I'm getting wasted to the taste of gold [beer]. / You ask me what I want, I answer «to f***» / ... / Do you want to come to my place / if I give you alcohol. / Tonight it's allowed to be a slut. / ..."

Now, after 6 years in the controversial spotlight, he joined the national rounds of ESC, and although his song was trashed by the media (which he spoofs by dangling a dice with a one on), he won the popular vote to go to the European final.

The Norwegian media now focus more on his openness about mental health, in something that personally feels like a whitewashing campaign to make his brand palatable to the general public, and not just teenagers on parties.
And now he (miraculously) went through to the finals of ESC, with a ballad that for me produces more yawns than tears.

Let's see how it goes on Saturday. My guess is the bottom five (a traditional spot for many Norwegian entries over the years), but I will try to have an open mind.

Edit: damn, this post made me miss my train stop. The punishment for being closed minded.

Is the UK entry any good?

Judge yourself - as usual it's a matter of taste -

That's the tricky bit, I haven't any taste at all!

Hopefully it will be received as our usual standard...

Notebook said:
That's the tricky bit, I haven't any taste at all!
Click to expand...

That's a decent comment.
Usually these days people without taste still have a strong opinion and believe they have the duty to tell (yell) everybody in the internet about that

Me and my girlfriend just voted Ukraine, Switzerland and Italy.
Couldn't choose.
Many good acts this year.
Last edited: May 22, 2021

Yeah, it's really hard to pick only ONE.
And by the way: Congratulations to the Netherlands for an incredible show!

"The moment of truth - it's nil points for the UK"

Excellent, up to our normal standard.

Notebook said:
"The moment of truth - it's nil points for the UK"

Excellent, up to our normal standard.
Click to expand...

So, my decision to watch Moana (Much better songs anyway - and a lot of sailing done right) was the right one, I did not miss much today?

Oh, Italy won? They had a really great song this year, well deserved.

Congratulations to the UK to defeating us again in our small contest for the highest number in the ranking. We really tried hard this final, but somebody was already drunk enough to give us 3 points.

Funny side effect: Again the ESC disappointed many German people and again "Stefan Raab" is trending on Twitter. Forget it, he really retired.

I didn't like the song from Russia, but the singer is memorable
You must log in or register to reply here.