N_Molson said:
Western medias are not lying. Some things are a bit dramatized here and there (they have to sell paper) but there's no big conspiracy going on.
?
Click to expand...

At least the social media world likes to be too optimistic on certain news, but calmly waiting for more reports about an event helps.

Also, you can't trust Ukrainian government agencies to report the truth, its war. Of course they don't tell things that help Russia to defeat them. But they do report their own losses truthful, contrary to Russia - there is no inflation of MIA. And their reports about Russian destroyed units is more accurate than those of Axis and Allies in WW2 (except Japan, which claimed to have killed more planes than had been deployed on a day).

I fear, we will have a park with MANY white crosses soon near Kyiv.

This could have been our ESC candidate this year....


Got rejected by the broadcaster for not being radio compatible. I still think their radio programming is the problem, not the band, the song or the performance....

Some of the biolab stuff might be true, but I doubt it's at the level Russian media is instigating. You should always watch out when all outlets are blasting the same message. Out here, the media is chaotic, but it's a chaos through which the truth manages to shine if you look for it.

It's not always black and white in the arms race and the US may have some dirty stuff too, especially since Trump (who also got helped by you know whi). Stuff that they deemed too dangerous to develop at home by themselves for ethical reasons among others, so they needed a friendly country that would a)accept, b)have solid enough borders that if needed they may be closed the hard way. Maybe that was also part of the reason for their collaboration in Wuhan.

Ukraine was in the unique position of having to accept anything they proposed, due to needing their help in handling the murderous neighbor , and also they were not China. Ukraine was not in the EU because Bloodymir kept saying no, so hard borders are still a thing, and they needed all the help they could get also due to Bloodymir. Now, some of the labs could be shelled and looted by some quite dull recruits who wouldn't even know what's there. And, after Zaporija and Chernobyl, I simply don't think they will act responsibly if it gets to that.

Same goes for Azov. Far right racial supremacy groups existed in both Ru and Ukr at least since the 2000's. The reason they needed them in 2014 was due to the normal army being in pieces due to the 1994 accord that was meant to prevent exactly that, and they were the only ones crazy enough to actually grab the russians by their horns, so to speak. But international accords mean nothing to your dear leader (maybe he can't read and his inferiors are too afraid to tell him?), so I don't see why Azov would be that big of a deal in the grand scheme. Rant over. Check your orbiter inbox, I don't want to go off-topic here anymore
Last edited: May 15, 2022

Also, to stay on topic, I don't mind that Ukraine won, as much as I could care about Eurovision. They won in 2004 and 2016 too. I just don't understand the selection criterias that sometimes let abominations play. I totally understand Moldova going for Zdob again, as the alternative might have been O-Zone unleashing another phonetic catastrophe of an earworm upon us all?

steph said:
Also, to stay on topic, I don't mind that Ukraine won, as much as I could care about Eurovision. They won in 2004 and 2016 too. I just don't understand the selection criterias that sometimes let abominations play. I totally understand Moldova going for Zdob again, as the alternative might have been O-Zone unleashing another phonetic catastrophe of an earworm upon us all?
Click to expand...

well, O-Zone is Romania - so there is a chance of them entering the ESC one day soon (they reunited) and Moldavia can't prevent it. But yeah, it seems like Moldavian and Romanian musical culture seems to be compatible. ?

After taking a deep look into the bottle, I prophecy, the country to win the ESC 2023 should be Ireland. Feels scary. Its either by a classic irish folk ballad (Lyrics, like all good irish folk ballads: I got terribly drunk and some English man now accuses me of a crime I didn't do or sleeps with my wife) or U2. Not sure what is the worse fate.

This is how the music video for the winning song looks like, when the need to stay as apolitical as possible is gone:


Leaves me some sort of divided. Filiming a music video, an artistic fiction, there feels like it creates somewhat distance to what happened there, reduces it to a movie prop, adds it to some war effort show. But how else could you tell about it? On the other hand, the video tells a story we had already experienced with the Ukrainian refugees in our village - we have many families around now, which are a different kind of patchwork of the children, brothers, sisters, cousins, friends... all arriving and living together. Not every mother flees, but the children should be safe. I really hope for them, their mothers will be there, when they return.

I like the video, it shows reality. It's what they are living now, and as you say we are also experiencing it through refugees.
Indeed some children have been sent to live with family in Europe, while their mothers stayed to fight.
I don't view this as political, in the sense that these issues are not debatable. Living in peace is a basic human right, you can't debate against it

They obviously couldn't have made a video about anything else due to the war and all. I guess in the long run, nationalism will pose a problem, although it's understandable now. It remains to be seen in a decade or two. EU and NATO adhesion may take long, if at all possible.
The kids thing is real, tho, and one of the most unnerving aspects of it. There literally were kids crossing the border alone into neighbouring countries.

As for O-zone, I just noticed a grim omen ?. But, if it came to that, I'd be actively hoping for the guy who accidentally denazified a few cars in an APC while filming HIS war video to get selected. ? Because, while Ukr had the reasons and the 'advantage' of having the real landscape, pretty much every 'star' in the Balkans with half a voice and/or brain was filming war videos?

As for U2...I don't know what to say. I still think letting Bono play in the subway with pink background is one of the more egregious war crimes. Imagine escaping an air raid and stumbling upon him there?
Last edited: May 16, 2022

Urwumpe said:
I thought Joseph Clark is a US secret agent or mercenary or NATO general or Kuzmas father... is he at least alive now? Its well past easter now.
Click to expand...

in this case, this is a group of 7 Americans who tried to capture the chemical plant back (ammunition on them was of the American type, a jeep hummer was found nearby) Its all about the ESC here. Where Russia decided to not take part in, because we are all Nazis. Gay, singing, dancing nazis. ?

from 1966 movie "La Grande Vadrouille" something like "The Great Stroll" (parody of "The Great Escape"), where the two characters find themselves having to escape 1941 Paris with downed english aviators. Starring Louis de Funes AND Bourvil, two legends of french humor movies.

(of course it is humor, the Communist Party was one of the major political forces in France back then. That was a long long time ago, in the decade of Sputnik, Luna, Yuri Gagarin and Aleksei Leonov)

N_Molson said:
(of course it is humor, the Communist Party was one of the major political forces in France back then. That was a long long time ago, in the decade of Sputnik, Luna, Yuri Gagarin and Aleksei Leonov)
Click to expand...

De Funes was mostly comedic gold. The Gendarmes, the scene with 'On va tous crever' when they ended up getting the car stuck in a tree etc etc?

I'm actually surprised they still have YouTube in russia. If it really were a total info blackout, I'd understand, but... I guess it really is just natural selection after years of propaganda

steph said:
I'm actually surprised they still have YouTube in russia. If it really were a total info blackout, I'd understand, but... I guess it really is just natural selection after years of propaganda
Click to expand...

Some are maybe more priviledged than others. 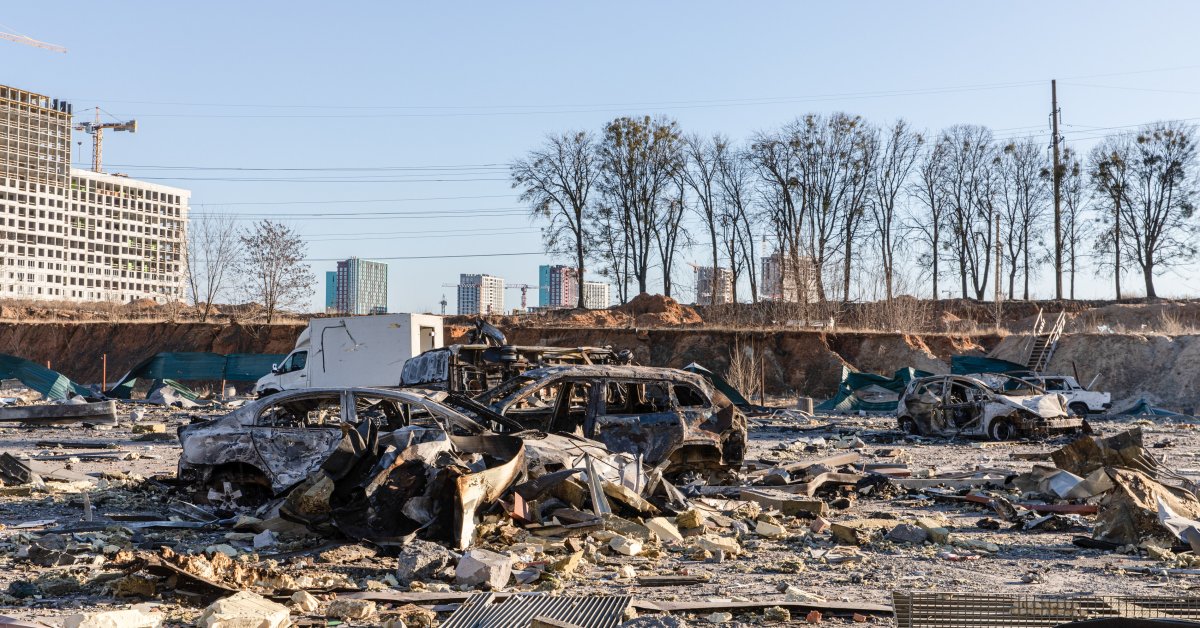 YouTube has largely been spared from the Kremlin’s crackdown on U.S. social media platforms since Russia invaded Ukraine

Popular vote result was not unexpected, in my opinion the songs themselves of this Eurovision were okay, but don't really compare a lot to the other years.

find the four-star admiral in the photo 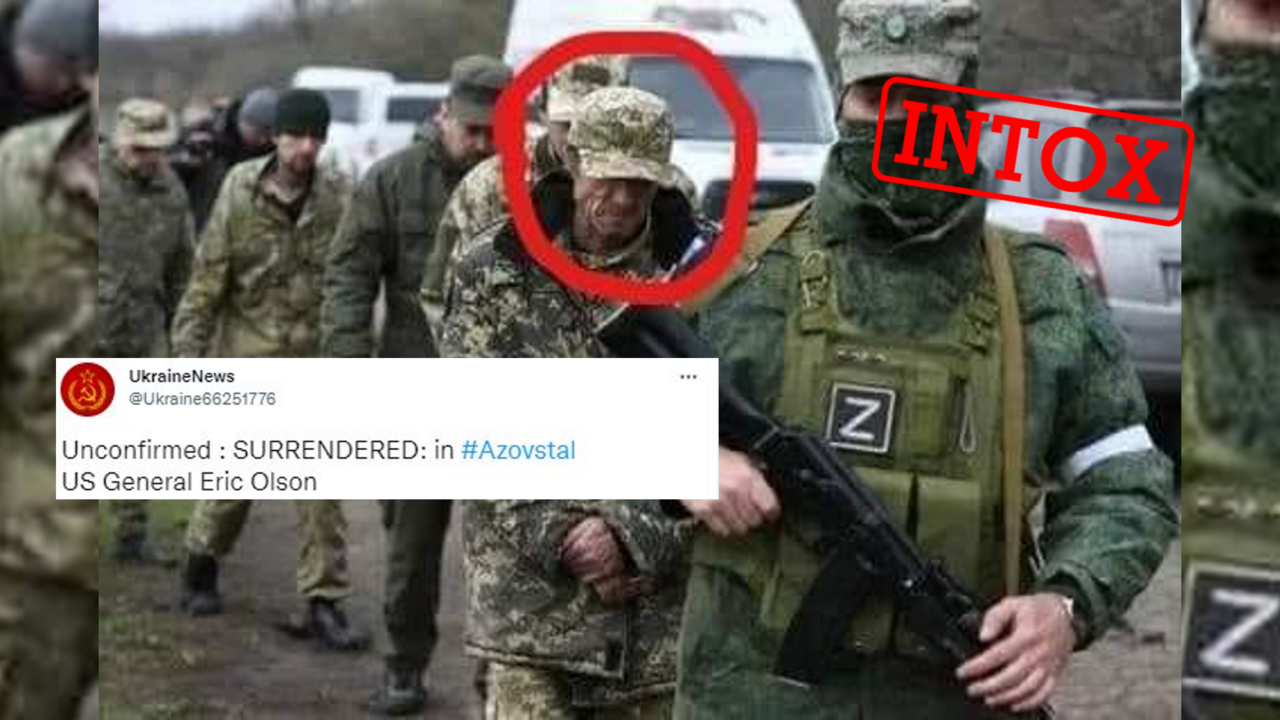 MaxBuzz said:
find the four-star admiral in the photo
Click to expand...

This still isn't about the ESC 2022. What about you try it with singing what you want to say? If you need some ideas, how about that:

Well there's a dedicated thread for things related to the Ukraine "special operation", would be nice to use it.

N_Molson said:
Well there's a dedicated thread for things related to the Ukraine "special operation", would be nice to use it.
Click to expand...

I initally thought he's just doing it to trigger us into telling him about the conflict without having to access any possibly risky content, but , if he has YouTube, it's quite clear. Many in Russia do believe the propaganda, though. There can be many factors. Young age, maybe pro-putin family working in govt, relatives involved or even lost in the conflict etc.
Oh well, Russia can't take part in Eurovision, but at least they'll have some interesting summer hits